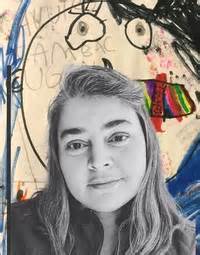 Leah Stella Stephens, known most prominently by her internet persona as Stellabelle, was born in Los Angeles, The United States. She received her B. A. in Japanese from the University of Kansas in 1994. She is from Kansas City, Missouri. [1] She has lived in Kansas City, Chicago, Tucson, Tokyo and San Diego.

She is a prolific and talented writer popularly known as @Stellabelle on medium and Steemit. She describes herself as a blockchain flaneur. She joined Steemit in June 2016 and shared in her #introduceyourself post: “My ideal life would be to be 100% free, financially independent and working for the commons. I'm driven by communal goals more than anything else. Nikola Tesla's ideas on wireless energy for everyone greatly inspire me”.[2]

In a post published on May 2017 in Steemit she told being a model from age 15 to 18 and actively starved herself during the entire time. She quit modelling at age 18, drove to Canada. Four months later checked into a mental ward for her eating disorder. The stuff she experienced was the usual: cocaine at parties, pressure from managers to starve, older men hitting on young models, and a crushing anorexia which permeated the entire scene. She fell victim to eating disorders and other unpalatable extremes that no one talks about.[3]

When modelling she lived in Tokyo at age 18, in a closet-sized bedroom, packed in like a sardine with two other models. In the Steemit's post, she revealed: “There was very little glamour involved. Money and commodification of young girls' bodies don't involve any glamour. Oh and by the way, if your daughter says she wants to model, please talk her out of it. It's largely a scam that might give you a disease, in the form of anorexia or drug addiction. There are better options nowadays. Just say no if you care for your child at all”.[3]

How she got on Steemit

In 2016, Stellabelle was a freelance science and tech writer making $2000 per month. While researching online for her job at Interesting Engineering, she found an article on steemit, and she joined Steemit and made her way up to become a Whale. [4]

She also created the Steemicide Hotline and Steem Gnome in Steemit and registered and collaborated in this wiki: User:Stellabelle (contributions). Here in Steem.center she created and updated the wiki pages about her projects and also about Steemit co-founder Dan Larimer.

In November 29, 2017, she announced a new project called Slothicorn.[5] Part of the Open Source and Creative Commons movements, Slothicorn focuses on the emerging art known as cryptoart. “This includes, but not limited to: cryptogames, art containing crypto paper wallets, art containing cryptographic puzzles, art containing cryptocurrency logos and themes, art that visualizes decentralization, blockchain tech, crypto vs. fiat, a cartoon of Jamie Dimon’s head exploding, you get the idea. Slothicorn may look cute, but its claws are symbolic of the memory of fraud that the bankers and predatory lenders committed during the recession of 2008."[6]

Stellabelle is admired by over 60% of the Steemit community because of her ability to create solutions and relate with people in a friendly manner. She also runs a couple of contests.

In her interview with George Donnelly on "How to get a high Reputation, when asked how she got such a high reputation, she mentioned that “Reputation exists in the mind of others”.[10]

View her Stats on Steemd and Steem Whales.

Stellabelle is very enterprising as she wrote on her [angel.co/stellabelle Angel Profle] profile; creating unusual solutions to problems that plague creative people.[4]

She has built a YouTube channel that has 450,000+ combined views. Her medium, Steemit ,Hackernoon and YouTube profiles which receive over 67,609 visitors per month.

Stellabelle is the author of Dash For Newbies where she talks about the altcoin; Dash, Into The Raw and Steem Stories. 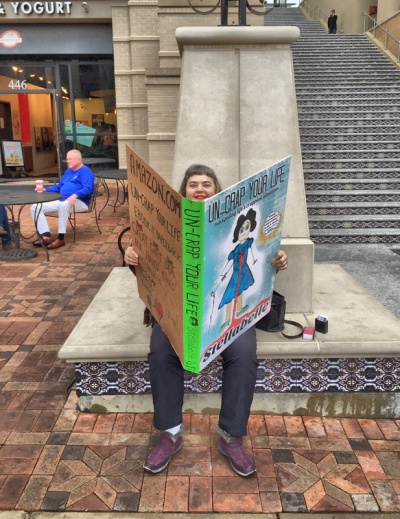 She has also published her first non-fiction book; Uncrap Your Life talks about her worst life situations and how she is currently managing them.

She showcased her creativity by designing Uncrap Your Life's Paper Back. She mentioned on a Weebly post: “The cover pictured above started with a drawing I did by hand. I took a photo of the drawing with my iPhone, then added text and background texture using an iPhone app called Enlight. I used Enlight to make my profile photo collage as well. Then I used Gimp to piece together the front and back covers into one big file. I set the text for the back cover using Gimp”.[12]

The book talks about how she quit her day job without backup and cashed out her 401k during the recession. She published Chapter 5 on Steemit. It is available on Amazon and also available on Good Reads

Its prologue reads: “If you've ever wondered what it's like to go on a date with a serial killer, move to a new city with only $2000, overcome fear of public speaking, cash out a 401K, quit a day job without any backup plan, overcome multiple addictions, get out of poverty or live out creative fantasies then this book is for you”.

Stella has built a breath-taking reputation in all she does. She is particularly an interesting and enterprising individual who wrote on her Vimeo profile: “Use your imagination before someone eats it. She uses her fantasies and get rewarded accordingly for what she does”.[13]